Hidden Hong Kong: A look into the history of the Hakka, Hong Kong’s largest indigenous tribe

As the largest of the four indigenous tribes in Hong Kong, the Hakka tribe has been a potent driving force in shaping the history, values, and cultural landscape of our city. While traces of their legacy may be hard to detect when we are ensnared in the tangle of neon signs and skyscrapers, venture further afield beyond the urban gridlock and you will find that tangible vestiges of traditional Hakka heritage are still present across the countryside of the New Territories.

Preserved in the form of semi-deserted rural settlements girdled in greenery, these living relics may be easy to overlook, but housed within them are fascinating stories that bridge the gap between Hong Kong’s lived culture and colourful past. Join us as we chart the history of the Hakka tribe in Hong Kong and find out how you can encounter Hakka culture up-and-close with newly launched experience platform Mylocals! 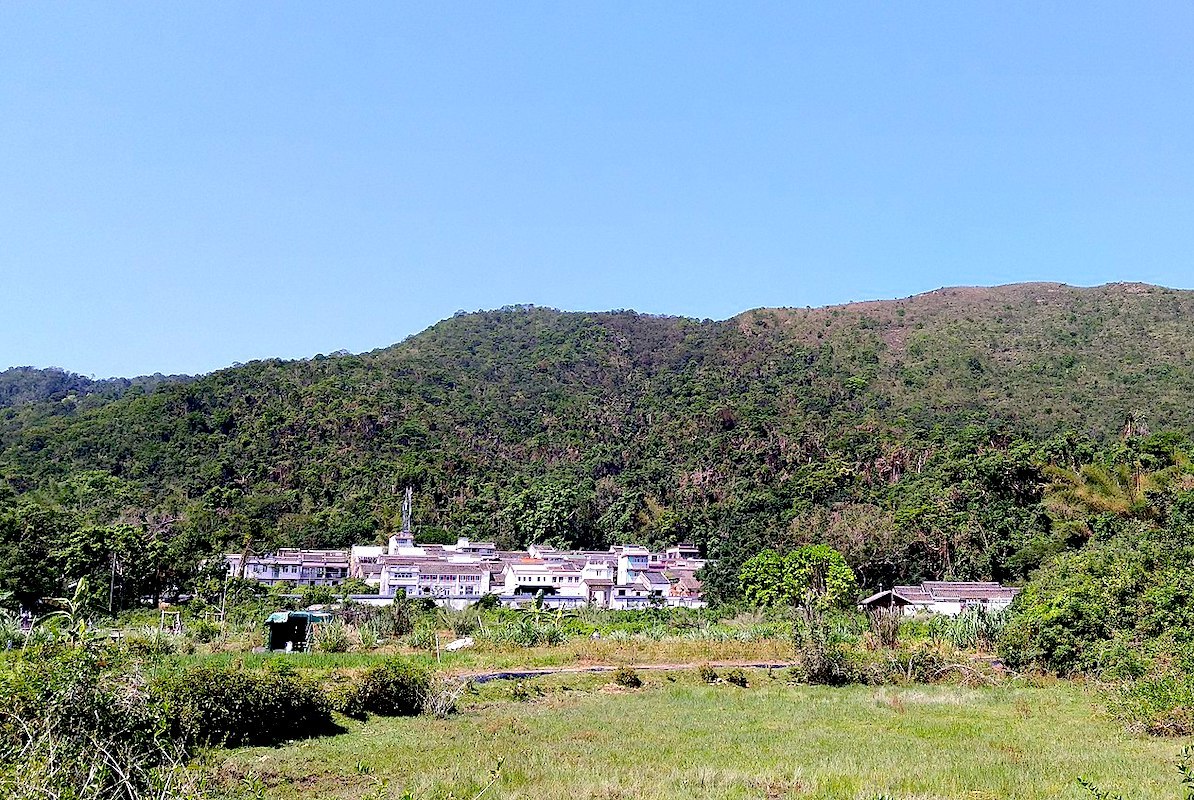 If the name “Hakka” (客家)—which literally means “guest people” in Chinese—is any indication, the tribe has historically been built on migration. Originating from the northern plains of China, the Han dialect subgroup began emigrating to the south from as early as the Qin dynasty (221–206 BC) to escape social upheaval and nomadic invasions, and continued their southward exodus over the course of many dynasties. In the earlier waves of their dispersion, they made their bases in southern provinces like Guangdong, Fujian, Jiangxi, and Sichuan.

It wasn’t until the seventeenth century that the Hakka began planting their roots in Hong Kong. In the early Qing dynasty, an anti-insurgency order by the Imperial government demanded that the southern coastal regions of China be cleared out in order to cut ties with Ming loyalists in Taiwan. Known as the Great Frontier Shift, the large-scale evacuation of southern coastal populations left Hong Kong something of a barren wasteland in its wake.

Ironically, this set the stage for a mass influx of Hakka immigrants to our shores. Following the repeal of the clearance edicts in 1688, great incentives were offered to re-populate the area. Befitting their past migratory patterns and dedication to the constant pursuit of a better life, the Hakka were eager to take up the opportunity.

Of course, the Hakka were not the only ones who found their home in Hong Kong during this epoch of intranational resettlement. A tribe called the Punti, who are said to be to first of Hong Kong’s original inhabitants, also returned to their homeland after the shake-up of the Great Frontier Shift. With the Punti having previously staked their claim on much of the area’s fertile plains, the Hakka had to make do with settling into less accessible coastal strips and mountainous nooks around the existing Punti communities, predominantly inhabiting areas such as present-day Lai Chi Wo, Tai Po, Sheung Shui, Sai Kung, and Yuen Long. 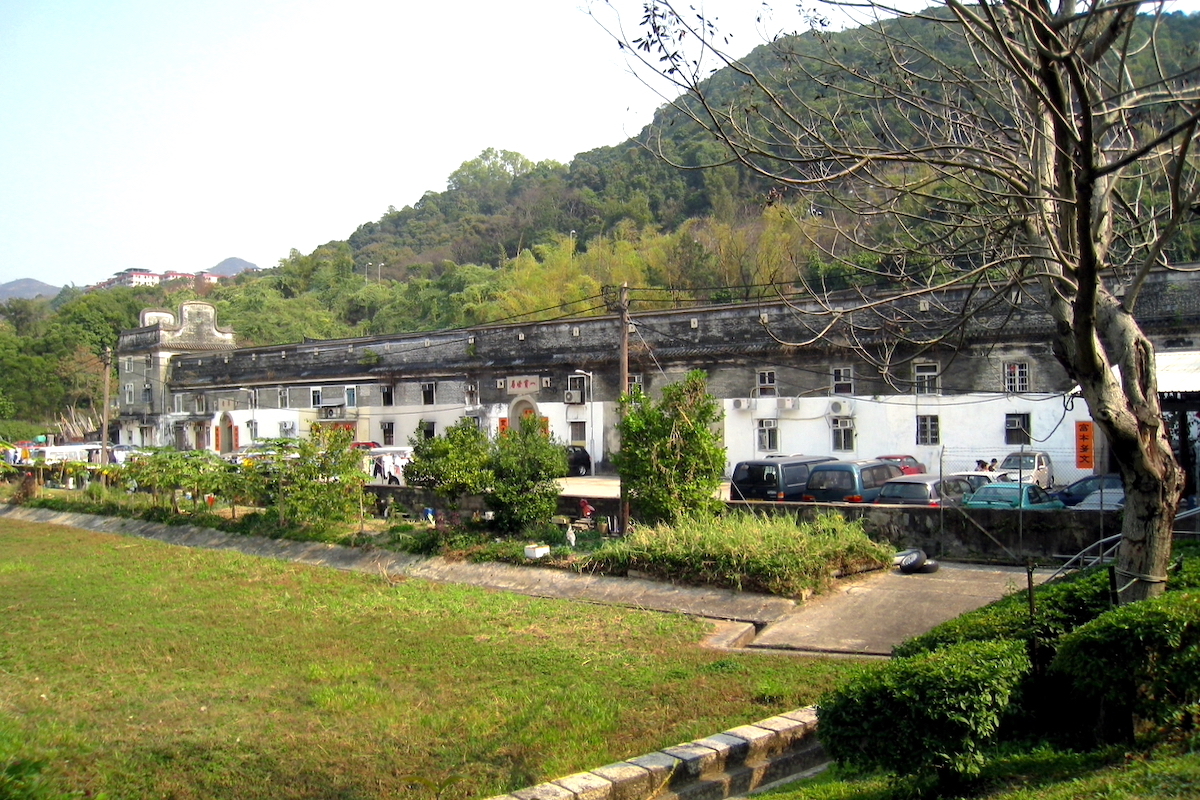 Despite arriving a bit late to the game, the Hakka more than made up for their early disadvantage with unmatched grit, resilience, and resourcefulness. For the next two centuries, the Hakka settlers proved themselves to be a force to be reckoned with, cultivating tight-knit communities that stretched across the New Territories.

To counterbalance the instability of their constant geographical displacement, the Hakka have always been a people of strong community cohesion, residing in walled villages that were not only defensible, but also reinforced communal ties. Physical proximity aside, ancestral halls and temples also played a hand in drawing the villagers together, as these structures lent themselves as focal convening grounds for clan meetings and festive celebrations. Clinging strongly to their long-standing traditions and guarding their culture with fierce pride, the Hakkas were able to pass their distinctive dialect, cuisine, architecture, and festivities down the generations.

What further propelled the need for solidarity when the Hakkas arrived in Hong Kong was their rivalry with the Punti people, which eliminated mutual trade or business as an option. Out of economic and social necessity, the Hakka clans banded together among their own to form strong alliances.

Growing in leaps and bounds

As per their historic vocational roots, the Hakka sustained a living in Hong Kong tilling the land and trading cash crops. While living on the fringes of the imperial Chinese empire by way of farming may not sound like a lucrative business, the Hakka people managed to thrive by operating a robust and largely self-sufficient economy.

One vivid example of this is the “Alliance of Ten” (十約聯盟; sap6 joek3 lyun4 mang4)—founded in the early nineteenth century, which consisted of 10 Hakka village districts in the Sha Tau Kok area. In addition to protecting one another from invaders, the allies also relied on each other to build up economic resilience, establishing the Tung Wo Market, a nuclear trading hub that flourished throughout the nineteenth and early twentieth century. 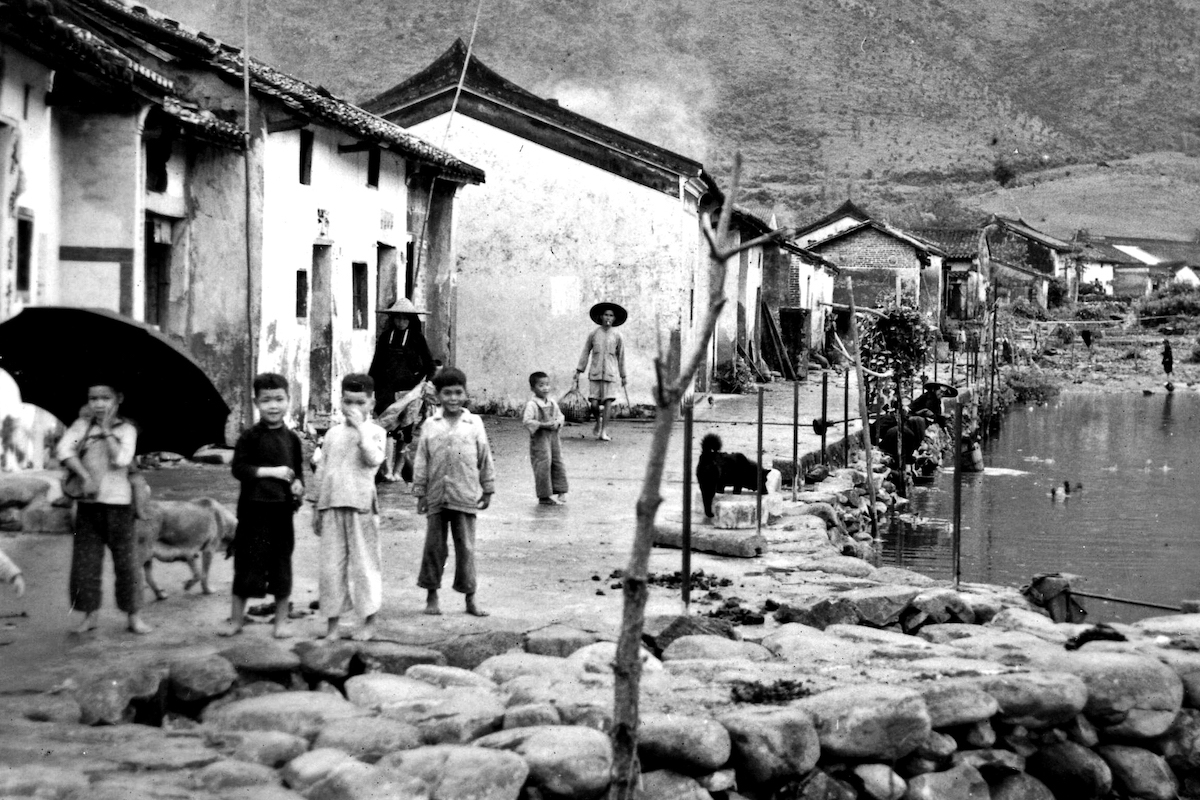 Among the members of this alliance, Lai Chi Wo was one of the most affluent villages in the northeastern New Territories and remains one of the best-preserved walled villages in Hong Kong, with much of its historic charm still intact to this day. For a convenient way to explore the hamlet, Walk Hong Kong organises a “Step back in time—Lai Chi Wo Hiking Tour” that takes you on an immersive walking tour of the village and nearby farming grounds.

Through steadily building up their market network, the Hakka secured much influence and power, which only attracted more of their northern kin to settle into the region. By the end of the nineteenth century, the Hakka constituted nearly half of the population in the New Territories.

Even as the British started taking over as administrators of the city, the self-reliant Hakka continued going about their agrarian way of life in Hong Kong’s rural hinterlands; and they did so to remarkable success, their population peaking circa the mid-twentieth century. 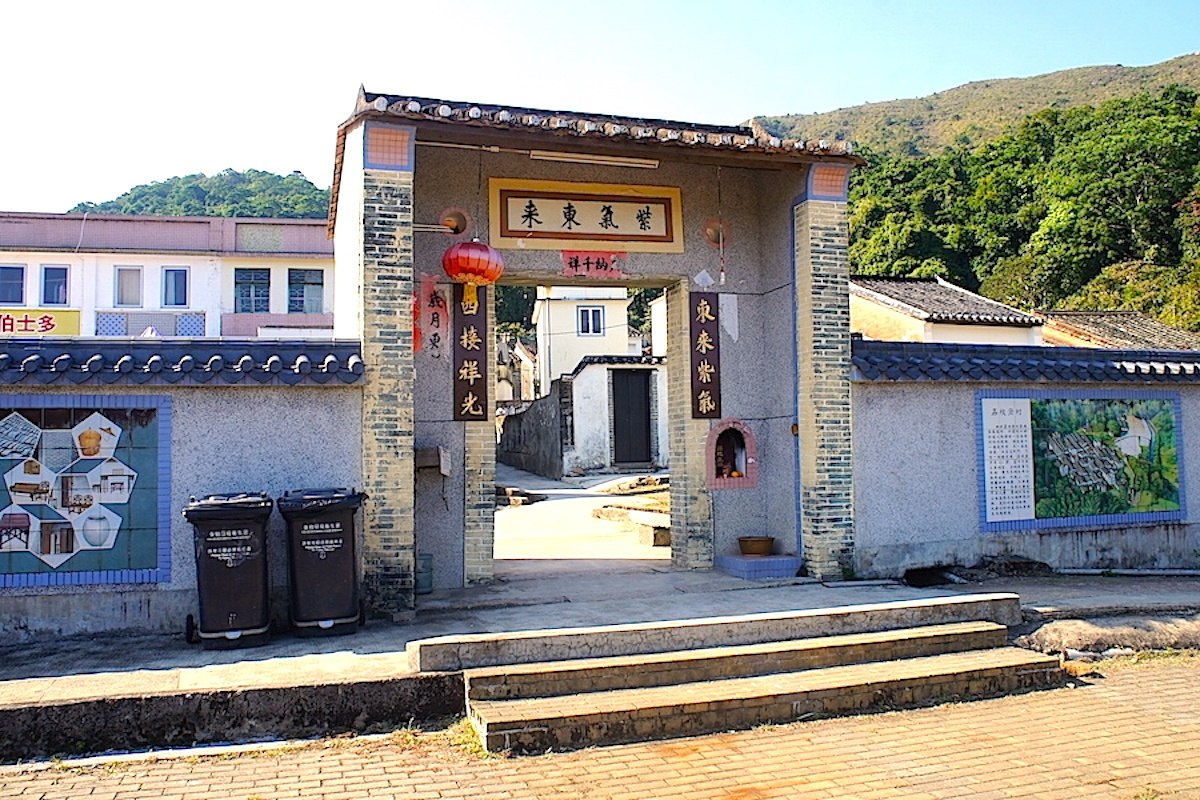 It was only when industrialisation took hold in Hong Kong in the 1950s and 1960s that the Hakka started to lose their grasp on the lifestyle that had propped up their community for centuries. With the rapid development of the manufacturing sectors, many farmlands were taken up for urban development. At the same time, it became increasingly clear that the city offered better opportunities for upward mobility, prompting many young Hakka villagers to pivot their livelihoods and move out of the countryside.

But it did not stop there—further exacerbating the phenomenon was the torrential inflow of mainland refugees immigrating to Hong Kong between the 1960s and 1980s amid China’s Cultural Revolution. Sudden population surges resulted in a shortage of natural resources and increased competition in the local agricultural market. As a result, the city saw a host of traditional Hakka farmlands and villages deserted in a matter of a few years.

Abandoned without proper management or rehabilitation, many of these villages still look as though they have been frozen in time, turning into “ghost villages” that now catch only the eyes of intrepid explorers. For curious adventurers who are a little wary of venturing into the emptied Hakka dwellings by themselves, Hong Kong a la Carte’s “Abandoned Villages Tour” offers unique insights into the histories of the derelict Hakka structures as it guides you through the eerie pockets of rural Hong Kong.

And yet, not all have been surrendered. Across the New Territories, the Hakka still strive to keep their culture and traditions alive, albeit on a smaller, and more scattered scale than before. Wearing their identity with pride, even those who have relocated to the city often still maintain close ties with their Hakka roots. During major festivals like the Chinese New Year and Mid-Autumn Festival, families would return to their rural homeland to celebrate with their kinsmen, and the quiet villages come to life as though they never ebbed away.

If you are looking to gain a deeper understanding of the rich layers of Hakka culture and how it has evolved over the past few decades from an insider’s perspective, local tour guide William Chu organises Hakka village visits where participants are led by a local Hakka villager to explore traditional Hakka hamlets in Tai Po.

While the assimilation of Hakka descendants into mainstream Hong Kong society has resulted in significant dilution of local Hakka culture, posing a threat to the survival of its language and traditions, it has also increased visibility and awareness, and Hakka heritage can still stand a chance of enduring in the generations to come.

Mylocals is a useful portal to getting yourself involved with Hakka culture, as well as a slew of other unique and under-the-radar facets of Hong Kong. With a mission to empower locals and market hidden gems, the brand-new peer-to-peer platform has over 90 curated experiences and high-grade private tours under its belt, all led by licenced tour guides and local experts. Whether your interest lies in culture, arts, nature, food, or history, you are bound to find something that tickles your fancy. Click here to see their full catalogue of experiences!

Mylocals is an experience platform that empowers locals to market unique experiences in their home city. With a peer-to-peer marketplace that allows tour guides to share their passions with a global audience, Mylocals helps to connect explorers with locally curated experiences. Book a tour today!

Your ultimate guide to the Cheung Chau Bun Festival

7 nostalgic food chains that are vanishing in Hong Kong

Quiz: Every Hongkonger has seen these uniquely Hong Kong things. Have ...

8 outdoor superstitions to be aware of, according to Hong Kong aunties